Burns Bog (Maqwum) – also known as the “Lungs of the Lower Mainland” – is a huge (40 sq.km.) peat bog occupying about a quarter of Delta, BC, the largest domed peat bog on the west coast of North America. Maqwum is its indigenous name.

Burns Bog is globally unique on the basis of its chemistry, form, flora and size. Despite significant disturbances to the ecosystem – including development, extensive peat mining and fire – Burns Bog remains an important contributor to the region’s ecology and sustains a wide variety of flora and fauna, including many rare species.  Its nickname ‘the Lungs of the Lower Mainland’ refers to the bog’s role as a climate regulator, as well as its function as an effective carbon sink (absorbing carbon from the atmosphere and lowering C02 levels).  Numerous zoning codes have been enacted to protect the bog from development and retain its original state, in hopes of preservation for future generations.

According to Environment Canada and other groups, the bog ecosystem is under threat from the proposed South Fraser Perimeter Road, a new 4-lane expressway that is part of the BC Ministry of Transportation’s Gateway Program currently under construction (expected to be completed by 2013).

One of the main objectives of the Gateway Program is to reduce congestion-related idling by freeing up the traffic movement south of the Fraser River.  Although the Province’s environmental assessment projects that SFPR will reduce congestion-related pollution, overall pollution as well as truck traffic will be significantly increased. This is a deep concern for many citizens and local environmentalists pushing for a decrease in our greenhouse gas emissions.

While the SFPR does not go through the Burns Bog Ecological Conservancy Area, there is concern that it will adversely affect the Conservancy area and surrounding hydrology.  In response to the mitigation measures proposed by the SFPR Project, the Environmental Stewardship Branch of Environment Canada wrote that “… the changes are not sufficient to alleviate its concerns related to the impacts of the Project on Pacific Water Shrew (PWS), hydrology, aerial deposition, and ecological integrity of Burns Bog.”.*

Burns Bog has been listed as threatened by the International Mire Conservation Group because of the impacts of the SFPR.

Burns Bog Conversation Society is working to protect this globally unique ecological wonder in Delta, BC

Here’s my signature:
Name: Sarah Chesterman on May 22, 2011
Comment: This precious ecosystem must be protected! Its importance as a carbon sink and the “lungs of the Lower Mainland” have already been recognized and established, and the detrimental effects of paving it over would be catastrophical – not only for the health of all Lower Mainland residents, but for the wildlife species at risk that rely on its riches. Restoring this bog ecosystem and preserving its integrity – keeping in line with the tenets outlined in http://www.smartgrowth.bc.ca – are the only actions that serve the public’s best interests, along with addressing and shouldering our global responsibilities. Ignoring opportunities to respect the land that feeds us and become sustainable would be BC’s greatest downfall of all… “We cannot change the past but we can shape the future by our actions.”
.
LINKS:
* Info from http://www.absoluteastronomy.com/
Burns Bog Conservation Society:  http://www.burnsbog.org/bog//
The Corporation of Delta’s Burns Bog site:  http://www.burnsbog.ca/

Be KiND 2 aLL CReaTuRes 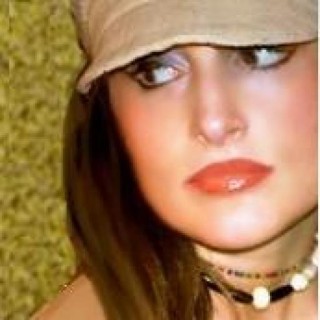